Starring Karen Gillan (Amy Pond of Doctor Who), “Oculus” is a horror film that centers around a woman who tries to exonerate her brother, who was convicted of murder, by proving that the crime was committed by a supernatural phenomenon.

From the looks of the newly released trailer above, this horror looks like it has the potential to be on the list of 2014’s best horrors. Unfortunately, we have to wait until April to find out.

What do you guys think?

The trailer for the highly anticpipated Godzilla remake directed/written by Gareth Edwards has been released! Check it out below!

One night, after watching a full season of AHS on Netflix, I decided to look up some old AHS promos and stumbled upon this little piece of treasury. I’ve watched every episode of American Horror Stories, and I must say, it is the best fan-made series I have seen so far on the web.  The writing of each episode is very well done and even better executed. Here is one of the bone-chilling promos created by these hardcore fans of the FX show, “American Horror Story”.

What do you think?

Since October 28th, American Horror Stories has had a total of four episodes in this first season that centers on a woman named Jessica who has recently moved into a wood-surrounded apartment complex, known as Coldhill Estates, after a stressing divorce. One thing Jessica didn’t look much into on her new home was the history. Coldhill has a very, very terrifying and nightmarish background. In American Horror Stories, terror takes a new form.

If you are interested in watching this American Horror Story dedicated series, click here for the full Playlists of all the episodes to date. You won’t regret it.

April 3, 2015 is the currently locked release date for the third installment of the hit horror franchise Insidious which will be written by Leigh Whannell (writer/star of the first two films). We have still yet to hear if James Wan will return to direct the film, but we will keep our fingers crossed. If Wan doesn’t come to direct, who would you want to direct? Any specific horror masters in mind?

Familiar, from producer Zach Green and writer/director Richard Powell, is possibly one of the greatest psychological horror  films I’ve ever seen. In less than 25 minutes, Green and Powell succeeded in telling the story of a boring man named John with a wife and one daughter. John, played by Robert Nolan, narrates his life in a very poetic manner, explaining his very dull and unexciting life. To make things worse, John discovers his wife Charlotte is having another baby. This is where everything takes a wild turn.

During a very disturbing psychological meltdown, the “voice of reason” in John’s head turns the tables and begins to take control of him. It’s almost as if something inexplicably evil has possessed the already messed-up John.

Familiar at first seems like your average psychological horror short, but it then completely takes a sharp turn into something else. Something else meaning something so brilliantly terrifying, it will leave you at the very edge of your seat shivering. I haven’t seen much from Fatal Pictures, but now I am craving more.  And I am ashamed to say, that when I first watched the teaser trailer, I wasn’t expecting much. But, man, did I get much. Fatal Pictures’ work is much greater and deserves much more attention than what you see in today’s horror/thriller films.

In short, this is horror done correctly.

After almost a decade since the first Saw film, which was written and directed by James Wan (Insidious, The Conjuring, Dead Silence), the eighth installment of the hit horror franchise is currently in active development.

There has been mixed criticism with the past seven Saw movies. The ratings for each film did not increase or decrease in a specific order, but they did vary. Some of the Saw movies were terrific, while others were pretty bad. I wonder what they can do with this new installment that will shock audiences and get them off guard, having them begging for another one. I am sure of one thing that would make this reboot fantastic… If the dynamic horror duo James Wan and Leigh Whannel returned to write and direct it. Now that would be great.

What are your thoughts on this new installment?

If you’re unfamiliar with Trick’r Treat, it’s a horror film that featured four different stories: an everyday high school principal has a secret life as a serial killer; a college virgin might have just met the one guy for her; a group of teenagers pull a mean prank; a woman who loathes the night has to contend with her holiday-obsessed husband.

What could director/writer Michael Dougherty have for us in this sequel? More information to come!

First we have a haunted house, second we have an insane asylum, and now we have a witch coven. Tonight at 10pm, the highly anticipated season premiere of the hit horror anthology series American Horror Story: Coven haunts FX!

A first-look to the new scene was released less than 2 hours  ago featuring stars like Angela Bassett, Kathy Bates, and Emma Roberts. Check it out below!

Friday the 13th is back in the hands of Paramount, and we have recently discovered that they are finally working on a sequel to the 2009 remake of the horror classic, Friday the 13th.

My question is, what else could they possibly do with Friday the 13th? They’ve done enough with this franchise in the past 40 years. Let’s take a journey through every Friday the 13th movie, shall we?

In the first classic F13, Friday the 13th, which came out in 1979 and starred the great Betsy Palmer as Jason Voorhees’ psychotic mother, is the setup for the franchise. This was perhaps one of the first camp in the woods horror slasher films. It centered on camp counselors whom are stalked and murdered by an unknown assailant (Betsy Palmer) while trying to reopen a summer camp that was the site of a child’s (Jason Voorhees) drowning.

The second F13 film in the franchise, Friday the 13th: Part 2, which came out in 1981, has pretty much the same story as the first film, but Mrs. Voorhees is dead and Jason Voorhees takes her place. The famous hockey mask hasn’t been put on the famous killer in this movie, but he wears a bag over his head during the film as he kills the camp counselors.

Now, this is where the franchise began to go downhill. In 1984,Friday the 13th: The Final Chapter comes out. After this movie, we think it’s all finally over. Jason dies, he’s buried in the cemetery… how could there be a sequel? Wrong.

Friday the 13th: A New Beginning was released a year later in ’85. This movie was completely unnecessary in my opinion. Jason wasn’t even Jason. (SPOILER ALERT) During the entire film, it is an impostor who kills the victims. I don’t think they needed this movie at all; they should’ve gone straight to–

—Jason Lives: Friday the 13th Part 6. This was actually a good and enjoyable movie. We are introduced to the most famous grotesque zombie-like Jason Voorhees. At the end of this one, the killer is chained at the bottom of Crystal Lake. Does this kill him? Of course not!

In Friday the 13th: The New Blood, we are introduced to a telekinetic/telepathic girl. Not that this was a bad movie, it was entertaining, but you can tell the creators are running out of ideas. In this movie, Jason is killed by the girl’s father, whom has been dead at the bottom of Crystal Lake for at least 15 years. As always, they find a way for Jason to come back and do more killing.

Jason Takes Manhattan (1989) and Jason Goes to Hell (1993)were just not good at all. Especially Jason Goes to Hell. The story of that movie was perhaps the worst horror movie story line that has ever been written… but on the bright side, Jason dies! Well, he dies in his physical body, but his spirit isn’t dead.

8 years later, Jason X is released. Jason X was very entertaining, but it had a bad story… and it made no sense. Jason Voorhees in space. Really? Jason in space? Not only does Jason X take place in space, but in the future… on a spaceship. What else could Paramount possibly do to Jason in a sequel? He’s been in space!

Finally, in 2003 Freddy vs. Jason was released. To this day, I have not seen this movie all the way through. I’ve only seen big chunks of this movie, and what I saw was not disappointing. I was expecting Damien Shannon and Mark Swift (writers) to ruin the name of the famous killers Freddy Krueger and Jason Voorhees, but they didn’t, and neither did director Ronny Yu.

…After all this, what else is there to do with Jason? I’m interested in knowing what you think. Tell me in the comments below. 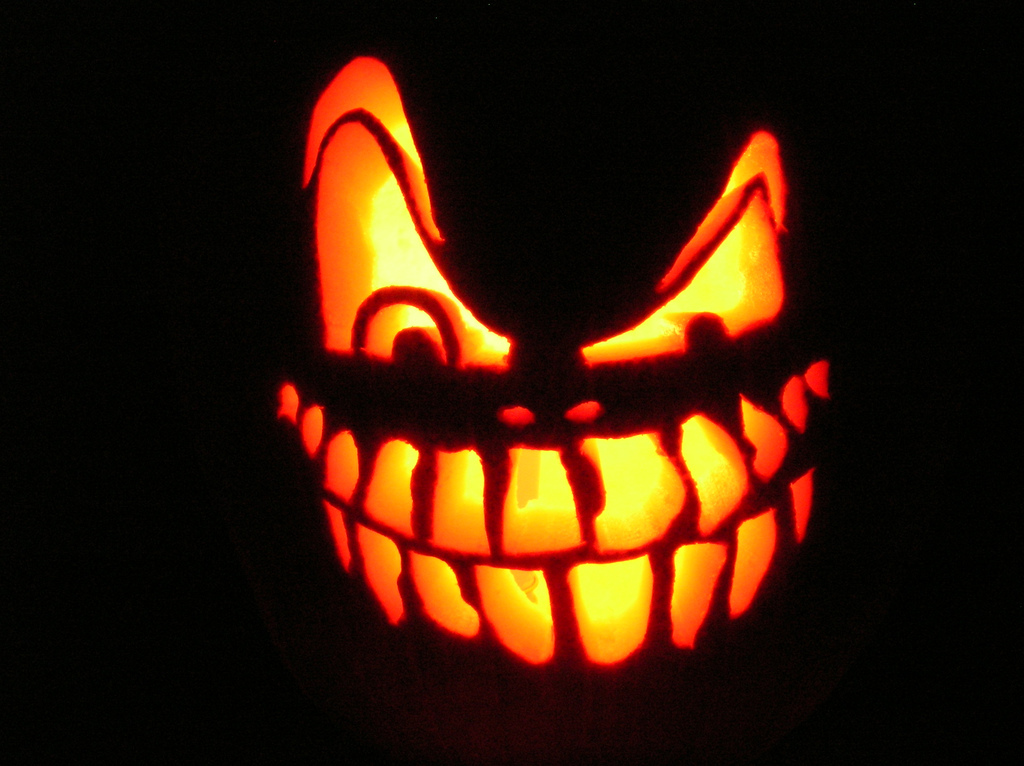